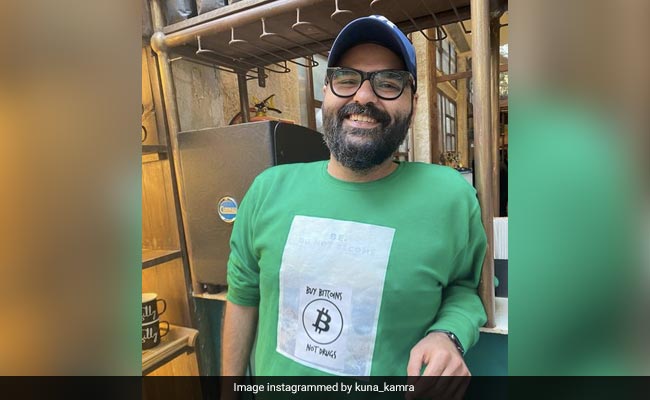 Kunal Kamra stated the video of the kid singing is within the public area.

The kid rights physique NCPCR has sought motion in opposition to comic Kunal Kamra for tweeting a “doctored” video of a boy singing a patriotic tune in entrance of Prime Minister Narendra Modi.

The NCPCR additionally sought quick elimination of the video.

The Nationwide Fee for Safety of Little one Rights (NCPCR), in a letter to Twitter’s grievance officer, stated a criticism was acquired by it concerning Mr Kamra tweeting the “doctored” video of a minor singing a patriotic tune to additional his personal political agendas.

“The Fee has taken cognizance of the criticism and is of the view that utilizing minors for propagating political ideologies is a violation of the provisions of the Juvenile Justice Act, 2015 and the Info Expertise (Middleman Tips and Digital Media Ethics Code) Guidelines, 2021. Additional, the Fee is apprehensive that utilizing youngsters for such promotional functions is dangerous and detrimental to their psychological well-being,” it stated.

Subsequently, the Fee stated, the video ought to be taken off the platform instantly and acceptable motion ought to be taken in opposition to the official account of Mr Kamra for posting such content material.

Mr Kamra had shared the purported video of Modi’s interplay in Germany with the kid however he changed the tune that the boy sang — ‘Hey Janmabhoomi Bharat’ — with “Mehengayi daayan khaaye jaat hain”.

The daddy of the boy has lashed out at Mr Kamra, saying “preserve the poor boy out of your filthy politics and attempt to work in your poor jokes.”

Reacting, Mr Kamra stated the video is within the public area posted by a information organisation.

“The joke shouldn’t be in your son, when you get pleasure from your son sing for his motherland to the preferred son, there are songs that he ought to hearken to from individuals of his nation additionally,” Mr Kamra tweeted.

Mr Kamra, in one other tweet, stated the NCPCR has sought motion in opposition to him for posting a “meme”.