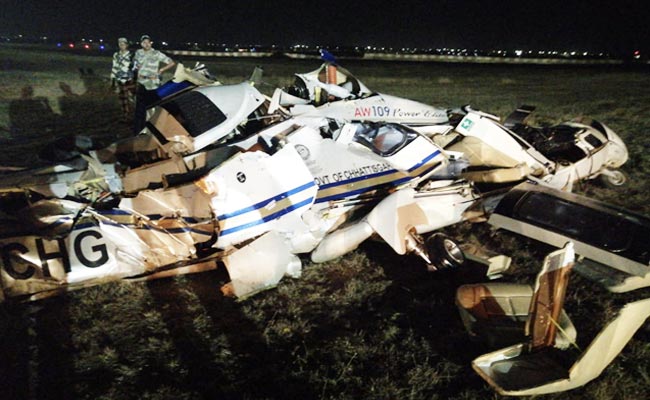 Two pilots have been killed after a helicopter crashed at an airport in Chhattisgarh’s Raipur on Thursday night. Captain Gopal Krishna Panda and Captain AP Shrivastava have been killed within the accident, police stated.

The incident passed off throughout a flying follow on the Swami Vivekananda Airport in Raipur underneath Mana police station limits at round 9:10 pm, stated Senior Superintendent of Police (SSP) Prashant Agrawal.

Chhattisgarh Chief Minister expressed grief over the tragedy and paid his tributes to the pilots. “Simply acquired unhappy information concerning the state helicopter crashing on the airport in Raipur. On this tragic accident, each our pilots Captain Panda and Captain Srivastava died. Might God give power to his relations and peace to the departed soul on this time of grief,” Mr Baghel stated in a tweet,