Man Brutally Murdered In Market In Punjab, Attacked With Swords 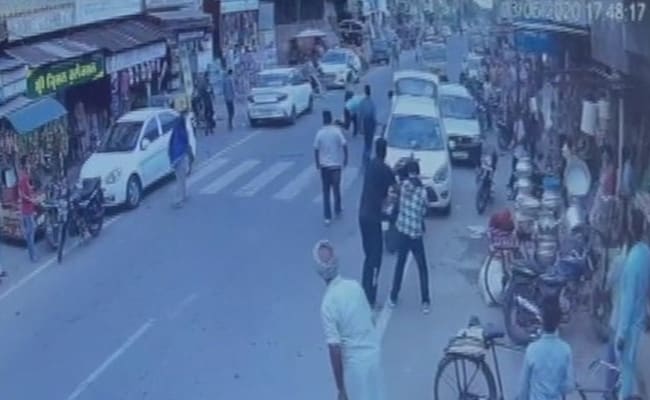 The sufferer died on the spot.

A 28-year-old man was brutally murdered in full public view in Punjab on Friday. The incident was captured on CCTV cameras and reveals round six males chasing the sufferer, Desraj, by way of a market as bystanders look on.

The group attacked Desraj, a labourer, with swords and different sharp-edged objects, and left deep gashes on his neck, face and foot. The assault came about in the Badhni Kalan space in Moga district.

After the assault, the CCTV video reveals the boys operating away as Desraj lies immobile on the highway. He died on the spot.

If this information of broad daylight homicide in Moga is true its coronary heart rending! I am saddened by this deteriorating regulation & order of Punjab. I now really feel the assertion by Jathedar Akal Takhat urging sikhs to have licensed weapons is right as @BhagwantMann govt appears unable to guard lives https://t.co/bhDJnDMcAj

In line with the assertion made by the sufferer’s household to the police, a “minor argument” had taken place between him and the attackers a couple of days previous to the incident. The household claimed that the attackers killed Desraj in a bid to actual revenge.

Police mentioned that the attackers, believed to be 5 or 6 in quantity, arrived on two bikes after which chased Desraj by way of the market. Desraj had entered the market on foot, and ran when he noticed the group approaching him.

After the assault, some native labourers rushed in direction of Desraj and took him to the civil hospital, the place he was declared “introduced lifeless”.

His physique is on the civil hospital mortuary for post-mortem and an FIR for homicide has been registered towards the unidentified accused.

Within the CCTV footage, bystanders may be seen gathering and searching on the incident unfold; nonetheless nobody got here to his rescue.