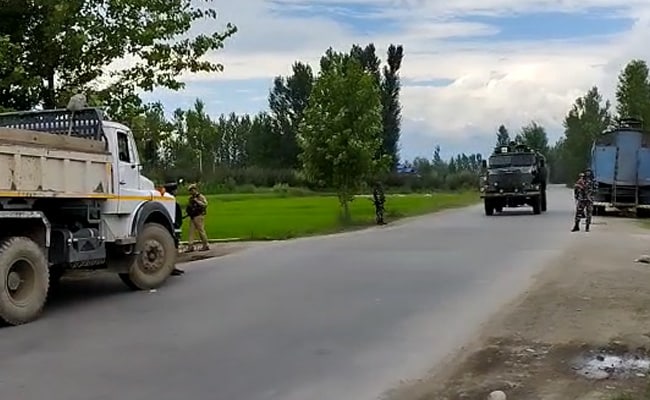 The terrorists fired at a test put up at Gangoo crossing in Pulwama from apple orchards, police stated.

A paramilitary officer was killed in motion after a terrorist assault in Jammu and Kashmir’s Pulwama on Sunday. This was the second main assault on safety forces within the final week.

The terrorists fired at a test put up at Gangoo crossing in Pulwama from apple orchards, police stated.

Vinod Kumar, an assistant sub-inspector within the Central Reserve Police Drive, was taken to a hospital after he was injured within the assault. He was declared introduced lifeless by the medical doctors.

Quickly after the assault, reinforcements have been rushed to the realm and search operation was launched to trace down the terrorists.

On Tuesday, an assistant sub inspector of the Jammu and Kashmir Police, Mushtaq Ahmad, was killed and two different policemen have been injured after terrorists attacked a police test level in Lal Bazar space of Srinagar.

Amaq, an ISIS propaganda arm, claimed duty of the assault and in addition launched a video reportedly shot by bodycams worn by attackers. In addition they threatened extra such assaults.

The assaults have come when the safety personnel are on excessive alert amid ongoing Amarnath yatra. In addition to current large safety construction working within the Valley, 1000’s of extra troops have been introduced in for the yatra safety this 12 months.

In keeping with police, over 100 terrorists, largely native recruits, have been killed within the anti-terrorist operations by the safety forces within the final six months.