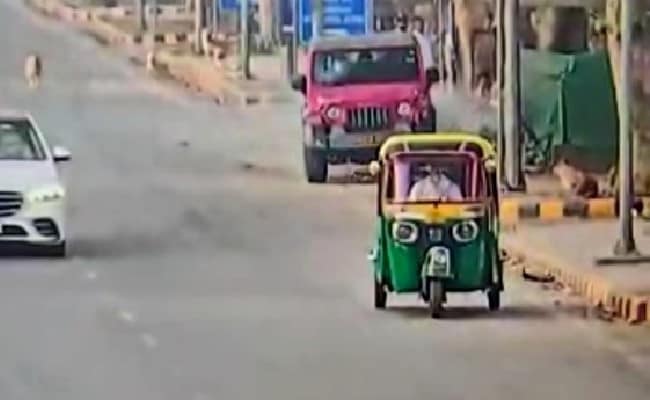 Delhi Accident: The pedestrian, 39, died on the spot has been recognized by the police.

Chilling footage of a hit-and-run incident in Delhi’s Janpath, during which a dashing automobile runs over a person and drives away emerged right now.

Footage captured by CCTV cameras within the Central Delhi space exhibits the SUV dashing after which it runs over a pedestrian, thereby killing him on the spot.

The pedestrian, 39, has been recognized by the police.